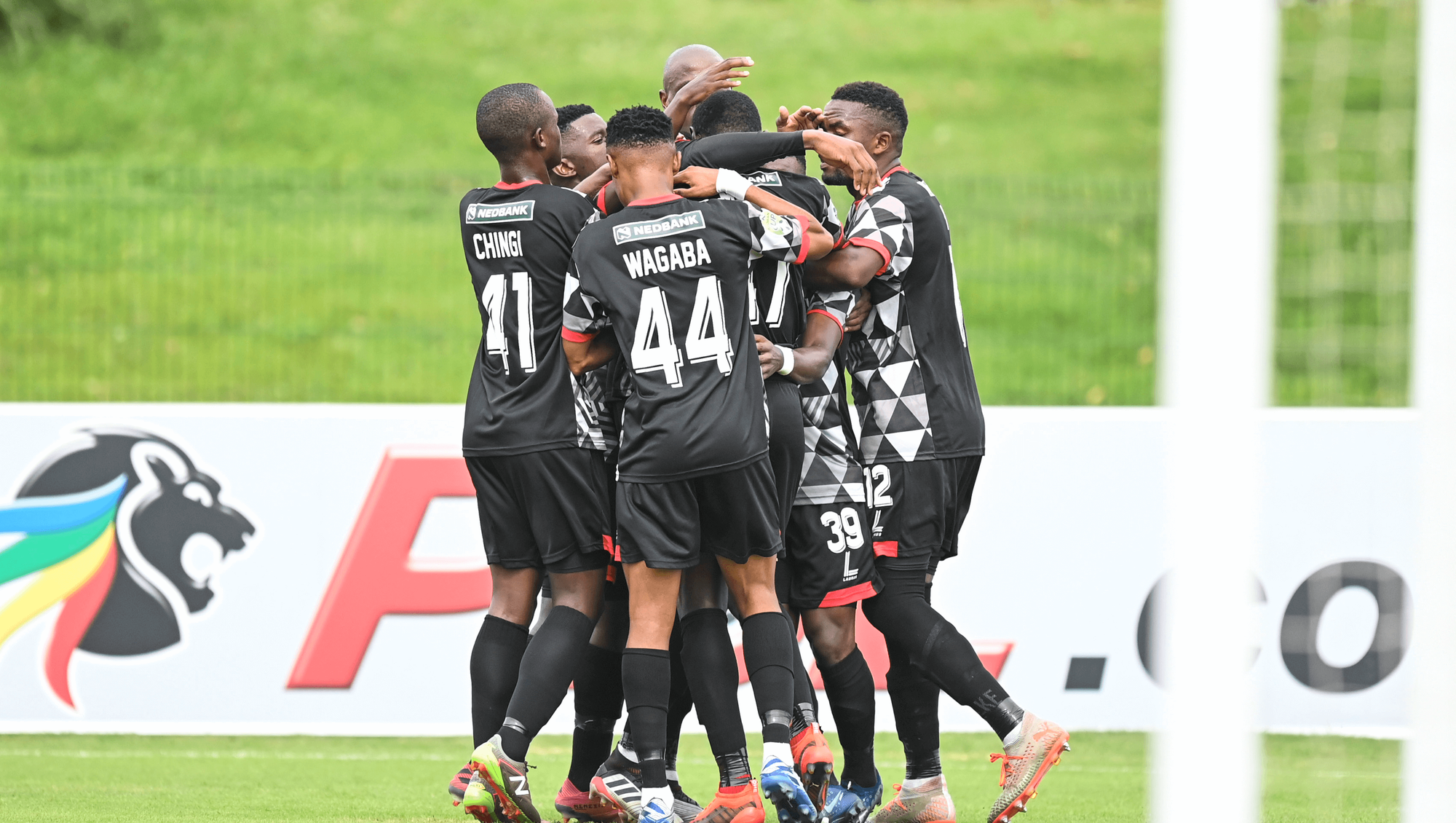 Bloemfontein Celtic edged past TS Sporting 3-2 on penalties following a 1-1 draw in a thrilling Nedbank Cup quarterfinal match at the Kanyamazane Stadium on Sunday afternoon.

Victory booked Phunya Sele Sele's place in the final four while Abantu Bemthetho, who are campaigning in the GladAfrica Championship, bowed out of the knockout tournament.

Celtic will next face Baroka FC in Polokwane for a place in the final while Mamelodi Sundowns will host Bidvest Wits in the other semifinal.

Abantu Bemthetho did most of the attacking in the opening exchanges with Mbulelo Wagaba making good runs into the box from midfield.The Sporting midfielder had an opportunity to break the deadlock in the 23rd minute, but he placed his effort over the crossbar from close range.

Phunya Sele Sele grew in confidence as the match progressed and they started pressing the hosts and created goalscoring opportunities. Victor Letsoalo found some space outside the Sporting box in the 42nd minute but fired wide of the target with his left foot.

Celtic were then awarded a free-kick in a promising area after Lesotho international Motebang Sera was fouled on the stroke of halftime.

However, Letsoalo was denied by Sporting goalkeeper Mlungisi Maranti from the resulting free-kick as the two teams entered the halftime break deadlocked at 0-0.

The hosts launched attack after attack following the restart, but it was Phunya Sele Sele who opened the scoring against the run of play.

Sera made a run down the left-hand side before setting up Letsoalo, who netted with a tap in to make it 1-0 to Celtic in the 55th minute.

Sporting should have responded with a goal on the hour-mark when Dennis Chauke found himself in a one-on-one situation with Celtic keeper Sipho Chauke. However, the 23-year-old striker placed his low effort wide of the target having dribbled past four Phunya Sele Sele defenders.

Abantu Bemthetho continued to knock on the door and they deservedly grabbed an equalising goal through Francisco Muchanga to make it 1-1 with 11 minutes of regulation time remaining.

The goal ensured that the game ended in a 1-1 draw in regulation time and extra-time duly followed.

Sporting were awarded a penalty after Katlego Mojela was fouled in the box by Chaine after the Celtic defence was exposed in the first-half of extra-time. Chaine made immediate amends as the 23-year-old shot-stopper produced a great save to deny Chauke from the spot-kick.

Former Baroka FC keeper Oscarine Masuluke was introduced by the hosts in the closing stages of extra-time and ultimately, the game ended in a 1-1 draw and a penalty shootout followed.

However, it was Chaine who proved to be the hero as he made three saves to ensure that Celtic emerged 3-2 winners on penalties on the day.