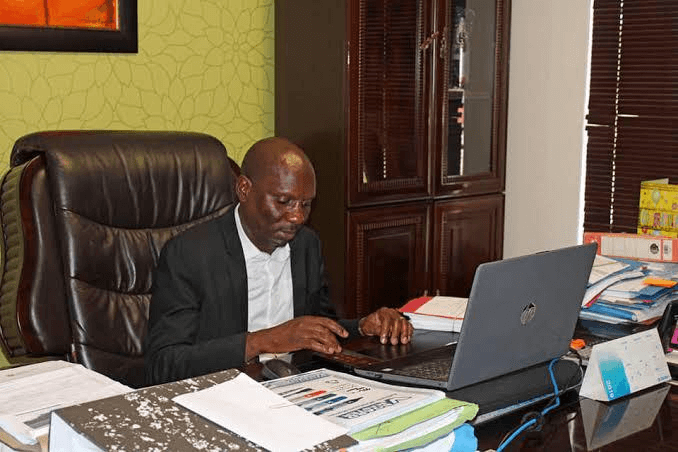 It has been a difficult period for all of us in sports.

As the virus has spread, football matches had to be postponed, played behind closed doors and/or cancelled.

The process started in Asia, the epicentre of the epidemic.

Chines Football Super League, which was supposed to start at the end of February 2020 had to be postponed. It is said that it might begin in late June or early July.

The Bundesliga on Saturday became the first Major European Football League to return to action since the corona virus lockdown, with teams playing in empty echoing stadiums.

In the stand out match of the day Borussia Dortmund hosted Schalke 04 in The Ruhr Derby in the Cavemous Signal Iduna Park, which will normally have been packed with 82000 spectators. Instead no more than 300 people were in the stadium.

The Premier League (EPL) moved one step closer on Monday following a virtual meeting between clubs and shareholders.

It was confirmed in a statement by the premier league that step one of the return to training protocol enables squads to train while, maintaining social distancing contact training is not yet permitted.

This first stage has been agreed in consultation with players, managers, premier league club doctors, independent experts and the government.

The statement went further to say “The health and wellbeing of all participants in the premier leagues priority and the safe return to training is a step by step process full consultation will now continue with player’s managers club the players football association (“PFA”) and league managers association (“LMA”) as protocols for full contact training are developed.

In Mozambique the League (“Macabola League”) was supposed to start end of February but could not start, the discussions are that they might decide to change the starting of the season to be in line with many other leagues including but not limited to the South African premier league which ends in June.

In Tanzania president John Pombe Magufuli on Sunday hinted that we could allow sporting activities to be carried out again as early as this week, given the decreasing number of corona virus cases in the country. So the Tanzanian League known as Ligi Kuu Bara may resume anytime soon.

In our country the leadership of the PSL and SAFA has finally find a common ground after the Minister of Sports Mr Nathi Mthethwa advised that we need to speak with one voice.

The Premier Soccer League and SAFA resolved to form a task team.

We hope and believe that the task team will do whatever is possible to ensure that the league resumes in a safe environment in the interest of all players, technical teams, management and all and sundry involved.

We all want to see the league play to its logical conclusion hence we commit ourselves to comply with any lawful and reasonable instructions from the PSL and SAFA.

We hope the leadership will actually take positive lessons from other countries that have returned to play football and obviously guided by our own unique conditions.

We hope the proposed national camp will go a long way in terms of trying to finish the league so that everyone is satisfied with the conclusion thereof.

It is going to be a difficult one but if we work together we will be able to overcome.

We must on the final analysis ensure our supporters that as TS Sporting we will be ready when the league resumes for anything and we also plead with our players to keep themselves fit and ready both at the mental and physical level.

We hope that everybody’s view will be considered so that we move forward as a unit.

The views of the players through their union is paramount since they are the key stakeholders in football and without them there is no football.

This pandemic has not only affected sports but the entire human nature in all aspects of life and it has necessitated new conditions and at times challenges on how we do things.

In the main, the future demands some adjustments in the manner we do things.

The demands for improved hygienic standards cannot be ignored and must be accepted with positive minds. Health is the main element of life.

We have confidence in the Leadership of Football in the country be it either in the PSL level or SAFA level and or including the Player’s Union (“SAFPU”).

We know of course that our supporters are with us during this difficult times and they always remain the pillar of our strength.

We know that at the stage you are not happy with our position but be rest assured that we will try in many ways than one to close the cleavage between ourselves and the teams above us when the league resumes.

We are determined to take our Nedbank cup performance to the league so that you become happy again.

Our times of happiness shall return, we all miss the winning TS Sporting.

We encourage all of you to adhere to the regulations by government.

Stay at home, wash your hands regularly with soap, wear your mask and sanitize.

Hoping to meet you soon.